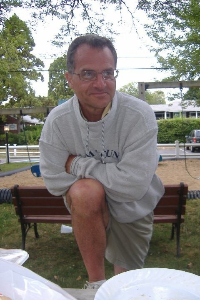 William John DiFederico Jr. of West Boylston, MA passed away in the early hours of September 24, 2017 at Umass Memorial Medical Center surrounded by family after battling a sudden illness. Born on August 4th, 1956 in Southbridge he was the son of the late William John DiFederico Sr. and Annie Angeline Dalimonte.

Bill worked in health care management for 40 years starting his career at Hubbard Regional Hospital in Webster as an administrative associate. At the age of 29 he became president of Athol Memorial Hospital and held that position for 13 years. He then worked as a director of peri-operative surgery for 10 years in local area hospitals. Most recently he was a Vice President of Site Operations at Greater Lawrence Family Health Center.

He was known by family, co-workers and friends to be extremely kind, warm and welcoming. A soft spoken man that cared deeply for his family. Through the years Bill was active in Lions Club, Rotary Club, assistant coaching his sons baseball and soccer teams and an avid golfer who was a member of Petersham Golf Course.

He leaves his wife of 37 years Judy (Dean), two sons, Jason and his wife Christine of Charlestown and Brian and his fiancee Stephanie Pandiscio of Holden and a daughter Julianne Richard and her husband Michael of Auburn. The recent additions that gave him so much joy - His
grandchildren Nora Harper DiFederico (2.5 years) Beckett William Richard (2 years) and Theodore Michael Richard (2 months).
His extended family will miss him dearly. His father-in-law Louis Dean and his wife Theresa of West Boylston, Sisters in law Lori, Suellen and Denise Dean and brothers in law Louis Jr. and Anthony Dean all of Shrewsbury. He also leaves several neices, nephews and cousins.

A Funeral will be held Wednesday, September 27 from FAY BROTHERS Funeral Home, 1 West Boylston Street with a Mass at 11:00AM in Our Lady of Good Counsel Church, 111 Worcester Street. Burial will be private in Saint Mary's Cemetery, Southbridge. Visiting Hours are Tuesday, September 26 from 5:00 to 8:00PM in the funeral home. In lieu of flowers, memorial donations in his memory may be made to the Boston Children's Hospital by visiting www.childrenshospital.org.