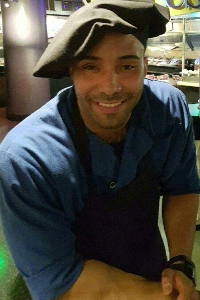 MATTAPAN/WORCESTER-Jose M. “Manny” Amaro, 35, of Mattapan, formerly of Worcester, died Monday, September 18, 2017. He was born in Bronx, NY, son of the late Jose A. and Luz M. (Fontanez) Amaro. Jose was employed at Fire & Ice in Boston. Fitness was a passion for Jose and lead him to become a personal trainer.

Jose is survived by his beautiful daughter, Gianna M. Amaro; his maternal grandmother, Margarita Fontanez of Worcester; two sisters, Jenise Amaro and Giselle Lopez, both of Worcester; and his fiancé Emely Benzan of Lynn. He also leaves his niece and nephew; two uncles and an aunt, and many cousins and friends. His family and friends were very important to him and he will be dearly missed.

Gianna, “Daddy loves you, My Queen”.