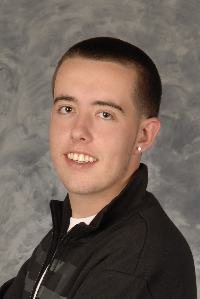 WORCESTER___Timothy R. Connor, 24, of Worcester, died Tuesday September 19, 2017 in UMASS-Memorial Medical Center.
He leaves his mother Donna L. (Dulmaine) Connor of Worcester and her significant other, Mark Bullard, the love of his life, Kristy Mosso, a brother, Joshua Croteau, his special Godmother, Kristen English, his father, Timothy W. Connor of Florida; his paternal grandparents Dr. Roger and Mary Connor of Florida; several aunts, uncles, cousins, extended family and friends including his very close neighborhood forever friends and his UMASS University Campus family and St. Vincent Hospital family, he also leaves his new puppy Hades. He was predeceased by his grandmother, Louise Dulmaine Lavallie who died in 2016. Louise had resided with Timothy and his Mom and helped to raise him. Timothy was born in Worcester and attended St. Stephen’s School and graduated from Burncoat Senior High School. He was attending Quinsigamond Community College and had been accepted into their Nursing program.
Timothy was a Radiology Assistant at UMASS – Memorial University Campus and prior to that had been a Patient Service Associate in the Emergency Dept., there. He loved spending time with family and friends and enjoyed playing cards. He was a staunch Yankee and Celtics fan. GO YANKEES! GO CELTICS!
The funeral will be held on Tuesday September 26, 2017 from DIRSA-MORIN FUNERAL HOME, 298 Grafton Street, with a Mass at 11:00 A.M. in St. Stephen Church, 357 Grafton Street. Burial in Notre Dame Cemetery will be private. Calling hours in the funeral home are Monday September 25, 2017 from 5:00 to 8:00 P.M. In lieu of flowers memorial contributions may be made to the Worcester Animal Rescue League, on behalf of Karma, 139 Holden St., Worcester, Ma., 01606.