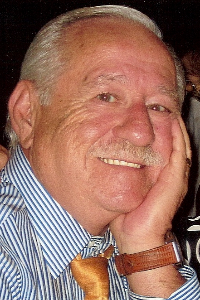 EAST BROOKFIELD: Raymond A. Auger, Jr. 68, died Wednesday, Sept. 6 in St. Vincent Hospital Worcester after a courageous battle with lung cancer. He leaves his wife of 48 years, Ann C. (Bosse) Auger, his son Raymond A. Auger, III and his wife Molly of Milford, his daughter Jessica A. Rauen and her husband Edward of Cincinnati, OH., his beloved grandchildren; Trey and Sam Rauen, Annie and Jack Auger and Braden Auger, his brothers Ricky Auger and Ronald Auger and his wife Donna all of Milford, his sisters Sandra Comastra and Gail Auger both of Milford and Charlene Deluca and her husband Robert of Douglas, many nieces and nephews.
Ray was an accountant and owner of Raymond A. Auger, Jr. Accounting in Spencer for 40 years, retiring in 2016.
Born in Pawtucket, RI., he was the son of Raymond A. Auger, Sr. and Beatrice (Prior) Auger. He later graduated from David Prouty High School in Spencer, Class of 1968, the New England School of Accounting and Worcester Sate College.
Ray was active in many local organizations including a 21 year member of the Board of Directors at SpencerBank, now Cornerstone Bank and served on its Executive Board and Audit Committees. He was a member and past Chairman of the David Prouty Permanent Scholarship Fund, member and former treasurer of the Spencer Exchange Club. Ray also served his community as a member of the D.P.H.S. Regional School Committee and was a former Tax Collector in E.Brookfield.
He was an avid golfer and member of the former Massasoit Golf League and longtime member of the Kettle One League in Paxton. He looked forward to his annual Florida golf trip on Super Bowl Sunday with his 7 golf friends from Spencer.
Ray was a huge New England Sports Fan, enjoyed riding his tractor and loved being a "Papa" to his grandchildren!
Funeral services for Ray will be held on Saturday, Sept. 9 at 10 a.m. in the J.HENRI MORIN & SON FUNERAL HOME, 23 Maple Terr., Spencer. Calling hours will be held on Friday from 4 to 7 p.m. in the funeral home. In lieu of flowers, contributions may be made to the Raymond Auger,Jr. Memorial Scholarship Fund, c/o D.P.H.S. Permanent Scholarship Fund, P.O. Box 172, Spencer, Ma. 01562.