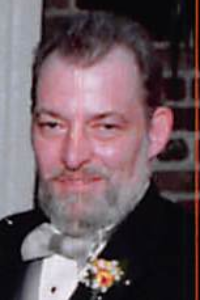 He leaves his wife of 33 years, M. Diane (Smith) Hendricken; a son, Yancy Garnett, a daughter, Kelley Hendricken of Worcester; a daughter-in-law, Brigitte of Worcester; a sister, Mary Martel of Southborough; three grandchildren whom he loved dearly, Jada and Celia Garnett and Jolie Etwaroo and two nieces, Charlene and Laurene and their families. He was born in Brookline, son of Lawrence J. and Bergetta O. (Goden) Hendricken and graduated from Newton North High and attended Babson College.

Larry was a watchmaker and jeweler for over 40 years. He began his career at his former families store, Hendricken Brothers Jewelers in Newton and worked for many years as a liquidation jeweler traveling extensively through-out the country. He was a member of Saint Michael on the Heights Church. Larry loved watching and following, the Bruins, Celtics, Red Soxs and especially the Patriots.

A Funeral will be held on Wednesday, August 30 at 11AM in Saint Michael on the Heights Church, 340 Burncoat Street. Burial will follow in Mount Vernon Cemetery, West Boylston. Visiting Hours are Tuesday, August 29 from 4:00 to 7:00PM at FAY BROTHERS Funeral Home, 1 West Boylston Street, West Boylston. In lieu of flowers, memorial donations may be made to the Second Chance Animal Shelter, PO BOX 136, East Brookfield, 01515 or to the Lupus Foundation of NEw England, 40 Speen St., Framingham, 01701.