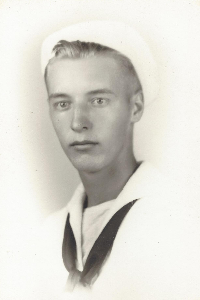 WORCESTER__Frank M. Kolaczyk, 90, of Worcester passed away Thursday, August 24, 2017 in Rose Monahan Hospice Home, 10 Judith Road. He is survived by his four children, Karen Kolaczyk of Marlborough; Kenneth Kolaczyk and his wife Tina of Victor, NY, Kristen O’ Brien and her husband Kevin of South Yarmouth; Kim Kolaczyk of Worcester and four grandchildren. He was predeceased by a brother Chester Kolaczyk. A lifelong Vernon Hill resident, he was born in Worcester, a son of Frank and Czeslawa (Peski) Kolaczyk.
Mr. Kolaczyk retired from the Worcester Fire Department as Deputy Chief after forty-three years of dedicated and passionate service. In addition to his many roles in the department, he taught fire science courses at Quinsigamond Community College and worked as an insurance investigator. He received a Bachelor Degree in Public Administration from Worcester State College, Associate Degree in Business Administration from Becker Junior College and graduated from the former Commerce High School, Class of 1945. During his high school years, he worked at Worcester Market before graduating and entering the U.S. Navy, upon his discharge he became a member of the Polish American War vets.
He was known for being an intelligent and kind man, always smiling with his signature long beard. After retiring from the Fire Department, he was an active member of the Worcester Senior Center for the past seventeen years. He was a fitness enthusiast who regularly walked the Vernon Hill area and during the warm months was seen walking West Dennis Beach twice a day and spending time at his cape house. He was a life time member of the YMCA where he frequented the track and pool.
Calling hours in HENRY-DIRSA FUNERAL HOME, 33 Ward St. will be on Monday, August 28, 2017 from 4:00 PM to 6:00 PM concluding with a funeral service at 6:00 PM. Burial will be private in the Massachusetts National Cemetery, Bourne. In lieu of flowers, memorial contributions in his name may be made to Friends of the Worcester Senior Center, 128 Providence St., Worcester, MA 01604 or Friends of the Dennis Senior Citizens, 1045 MA-134, South Dennis MA 02660 or contribute to Kim and Frank’s charity walk for the Alzheimer’s Organization at www.act.alz.org.