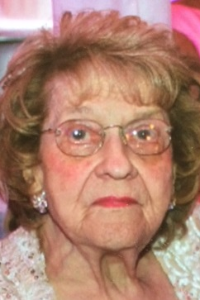 Albina was born in Worcester the daughter of Vasilas and Antoinette Novash. Albina attended St. Casmir's School as a child. Growing up in a Lithuanian household she quickly learned English and taught her parents well. She was a graduate of the former Commerce High School. Upon graduation, Albina worked for a Lithuanian newspaper as an interpreter and editor. Additionally, she worked in merchandise and sales for Filene's Department Store, specializing in men's high end apparel.

Albina's working days ended when she met the love of her life at her sister Mary's wedding and married Frank Shliapa. She then became an exceptional stay at home mother. Her love for her husband and children was unconditional. She was very proud of her Lithuanian heritage and enjoyed Lithuanian foods and festivals. Albina always had a love for music, especially polka music, but also enjoyed classical music. She attended operas, and enjoyed ballroom dancing, especially Viennese waltzes.

Above all, Albina will be most remembered for her deep faith in Jesus Christ. Born a Catholic, Albina remained true to her faith in her daily words, actions and deeds. Her faith was deeply rooted into her daily routine of watching the Mass on television, attending Mass at Our Lady of the Angels Church, or going to an evening prayer meeting. She was always willing to share her faith in Jesus Christ and attended prayer meetings, not only of the Catholic Church, but also those of other denominations, She put Jesus Christ first in her life above all. A true believer even to her final days, she was never hesitant in sharing her faith with family, friends and others. The depth of her knowledge was remarkable and inspiring to all. She lived her life as a true Christian and will be remembered by all as a woman of genuine, deep faith.

The family wishes to extend their deepest gratitude for the loving care and support provided by Cathy and Tricia during Albina's final days. A special thanks to Bernice, from the Jewish Health Care Center, who provided daily assistance and incredible support to our mother.

Her funeral is Monday, August 28th from O'CONNOR BROTHERS FUNERAL HOME, 592 Park Avenue with her funeral Mass at 12:30 p.m. in Our Lady of the Angels Church, 1222 Main Street. Entombment will follow at Notre Dame Cemetery Mausoleum. A visitation will be held from 11:00 a.m. until 12 Noon in the funeral home the day of the funeral.