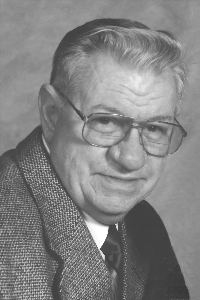 WORCESTER-Harry Kenneth Landgren, 88, a loving husband, father and grandfather, passed away Wednesday, August 9, 2017 at Rose Monahan Hospice Residence. He is survived by his loving wife of 63 years, Nancy M. (Palm) Landgren and their two children, Brenda E. Miller and her husband Robert of Spring, TX and Kenneth D. Landgren and his wife Dianne of Worcester. He also leaves three beautiful grandchildren, Tiffany, Nicholas and Kristen, nine great grandchildren, a sister-in-law, Jane Landgren of Falmouth, ME and several nephews and nieces. Harry was predeceased by two brothers, Roy W. and Gustav M. Landgren.

He was born in Worcester, son of Swedish immigrants, Anders M. and Emelia M. (Dahl) Landgren. Harry and his family moved back to Sweden for several years and he attended school there before moving back to the United States. He joined the Army and served during the Korean War. When he returned from the service Harry began working at Morgan Construction and retired in 1990 after 42 years as a machinist.

Harry was a member of Emanuel Lutheran Church, Nordic Lodge (Vasa Order of America), the American Legion Korean War Veterans Association and Morgan Retirees. He enjoyed woodworking and gardening and was always working on a project in the house or out in the yard.

A Memorial Service to celebrate Harry’s life will be held Sunday, August 13 at 11:00am at Lindquist Lundin Funeral Home, 36 Butler Street. A visiting hour will be held from 10:00am until the time of the service. Burial in Worcester County Memorial Park will be private and held at the convenience of the family.

In lieu of flowers, donation in Harry’s memory may be made to the Second Chance Animal Shelter, 111 Young Rd., P.O. Box 136, East Brookfield, MA 01515 or by visiting www.secondchanceanimals.org or to the Emanuel Lutheran Art Restoration Fund, 200 Greenwood Street, Worcester, MA 01607.