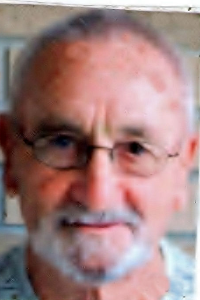 Frank DeLuca, known to his family and friends as "Chip" passed away peacefully on Sunday, August 6, 2017. He was 95.

Born in Bountiful, Utah, one of 12 children of Italian immigrant parents Peter and Jeanette (Colairio) DeLuca, Frank’s family moved to the Rutland area many years ago and he called Worcester home for most of his life. Frank worked hard as a young man and learned that working with your hands and using common sense meant you could figure out how to fix most everything. There was not much that Frank couldn’t repair and he truly enjoyed the “sitting and tinkering” part of life. He worked as a machinist for several Worcester area manufacturers, including Norton Company and Acme.

As many young men like Frank did during World War II, he proudly served in the US Army for four years, being discharged as a Sergeant. In his spare time, Frank enjoyed playing golf, watching his favorite Boston teams on television, whether it was a fast paced Celtics game, an action packed Patriots drive to a win or a walk-off home run for a Red Sox win. Frank was also known as a wonderful cook.

Frank will be lovingly missed by his two children, Lynda Arraje and her husband, Anthony “Tony” of Shrewsbury and Frank DeLuca and his wife, Emily (Frailey) DeLuca of Battle Creek, MI: his brother, Peter DeLuca of Holden; his two sisters, Shirley DeLuca of Oxford and Evelyn DeLuca of California; his three grandchildren, Jason Arraje and his wife, Lisa of Worcester; Jesse and Michael DeLuca, both of Worcester and Robert DeLuca of California; his three great grandchildren, Gianna, Aubree and Jason “JJ”; as well as his many nieces and nephews. Frank will also be missed by his dearest two friends, Richard “Chick” Patnod of Worcester, and Doris his neighbor across the hall who watched out for each other through the years. Sadly, Frank was predeceased by his six brothers, Louie, Tony, Jimmy, Angelo, Ernie and Ralphie and his two sisters, Rose Marie and Irene.

Relatives and friends are invited to visit with Frank’s family and celebrate his life on Monday, August 14, from 10-11 a.m. at the CALLAHAN, FAY & CASWELL Funeral Home, 61 Myrtle Street, Worcester. A prayer service will follow at 11 a.m. Burial with military honors will be in Saint John’s Cemetery, Worcester. To share an online memory or leave a condolence for the family, please sign the guestbook,