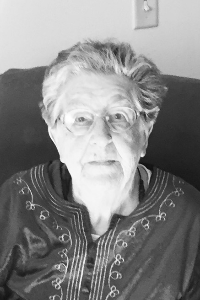 Dorothy M. Sullivan, 87, of Worcester died Wednesday, August 9th in UMass Memorial Medical Center surrounded by her family. She leaves three sons, Richard R. Sullivan and his wife, Paula of Auburn, Mark G. Sullivan and his wife, Colleen of Clinton, UT, Scott G. Sullivan and his wife, Michelle of Northbridge; four daughters, Susan A. Hine of Worcester, Deborah L. Dedmon and her husband, Kenneth of Worcester, Maryanne Allen and her husband, Tim of North Carolina, and Andrea Parsons and her husband, Robert of Worcester; a sister, Joan Mulhearn of Worcester, 21 grandchildren, 20 great grandchildren and many nieces and nephews. She was predeceased by her son, Michael A. Sullivan, son in law, Stephen Hine and sister, Ruth Cushman.
She was born in Worcester daughter of Anislie J. and Marion A. (Goslow) Westaver and graduated from the former High School of Commerce. Dorothy worked for the Department of Mental Health in the regional office for over 25 years as an administrative assistant. She enjoyed reading, discussing politics and spending time at Old Orchard Beach and with her sister, Joan. Dorothy was an avid sports fan.
Funeral services and burial will be private. There are no calling hours. In lieu of flowers memorial contributions may be made to a charity of the donor’s choice. O’CONNOR BROTHERS FUNERAL HOME, 592 Park Avenue is directing arrangements.