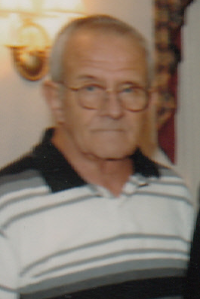 He was born in Hartford and raised in Shrewsbury, the son of Berger W. and Beatrice Laura (Simmons) Lundquist. He then lived in Worcester before moving to Charlton in 1985. He attended Saint John Preparatory School in Shrewsbury.

Mr. Lundquist worked as a truck driver for Yellow Freight in Shrewsbury for many years, retiring in 2005. He was a member of the Worcester Teamsters Local 170. He enjoyed woodworking and fishing.

A graveside service will be held at 11:00 AM, Friday, August 11 in West Ridge Cemetery, Main Street Charlton, with the Reverend Jonathan Slavinskas officiating. Visitation will be from 4:00 to 8:00 PM Thursday, August 10, in Scanlon Funeral Service, 38 East Main Street,Webster. Donations in his name may be made to VNA Care Network, 120 Thomas St., Worcester, MA 01608.