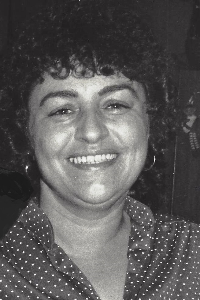 Janet N. (Lavallee) Ciborowski, 77, of Worcester  passed away after  a short illness. She is survived by her husband of fifty-seven years, Edward C. Ciborowski.   She also leaves a son Edward C. Ciborowski, Jr., of Attleboro; sisters, Denise Richard of New Brunswick, Canada; Joan Lane of Worcester, Aline Fitzgerald of Charlton and Linda Carter of Fullerton, CA; a brother Paul Lavallee of Leicester; many nieces and nephews.   She is predeceased by a sister, Sandra Osborne.   She was born in Worcester, a daughter of Albert and Noella (Hamel) Lavallee.
Mrs. Ciborowski was a homemaker whose priority was to care for her family.   She graduated from Commerce High School.  She enjoyed bird watching, and  playing card games with friends and family.  In addition, she enjoyed her vegetable and flower gardens.  An avid Red Sox fan she also became a New England Patriot's fan later in life.
A funeral service will be held on Sunday August 6, 2017 in HENRY-DIRSA FUNERAL HOME, 33 Ward Street at 4pm.  Calling hours in the funeral home will be on Sunday from 2:00 to 4:00 pm.   Burial in Notre Dame Cemetery will be private.