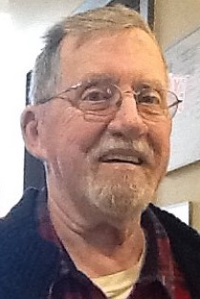 BOYLSTON___ Peacefully, in his home, on the morning of July 17, 2017, Vincent “Vinny” (Dad, Bun, Grandpa) Burdulis caught his flight to the “House prepared for him.” He had been in the loving care of his family, graciously assisted by David and Nicole of Beacon Hospice.
Vinny was born in Hartford, CT to William (Bill) and Bernice (Yuskauskas) Burdulis. Growing up in Worcester, he was very active as a youngster at Our Lady of Vilna parish. After graduating from Classical High School in 1953, he matriculated to the College of the Holy Cross, earning a Bachelor's Degree in 1957. He received his Master in Education degree from Worcester State College. Vinny was a teacher of secondary mathematics in the town of Auburn, retiring in 1997. For thirty-two years, he served proudly in the US Army Reserve, retiring as a Master Sergeant in 1995. He was honored to be the altar server at drill Masses.
Among those he shared his life with are Maureen (Ritchie), his loving wife of fifty-seven years. Carrying on his memory and example are five children: son Daniel and his wife, Gabi Schultz, and children Aaron, Samantha, and Charlotte of Germany; daughter Mary Monfette and her friend David Penny, and her children Joseph of Worcester and Christina of Fresno,CA; daughter Patty Flanagan and her husband Joe of Boylston and their children, Colleen and her husband Samuel Urffer of Woodland Park, Colorado, Elizabeth of Philadelphia, PA, Jennifer of Austin, Texas, Joanna of New Britain, Connecticut, Mike, Maureen and Patrick of Boylston; son Paul of Boylston who lovingly provided care and humor for his Dad during this illness; son Michael and his wife Sharon and their children, Julia, Allison, Peter, Matthew and Meaghan, all of Hopkinton. He is also survived by his siblings Jerome Burdulis and his wife Miriam, Bernice Fernandez and her husband Emilio, John Burdulis and his wife Loretta. Vinny looked forward to being united in Heaven with his beloved granddaughter, Maria Burdulis, who predeceased him in May 2014.
Along with his children, Vinny was active in Troop 19 BSA; coached little league at Tom Ash and Connie Mack leagues. He served his parish (St. Joseph Church at Holy Family Parish) as lector, Eucharistic Minister, altar Server (and trainer) and taught Christian doctrine classes. For years Vinny and Maureen lovingly cared for foster children in their home - many infants, some older children with special needs, some as emergency placement - and all were enveloped in their collective love and care.
The funeral will be held on Friday, July 21, 2017 from DIRSA-MORIN FUNERAL HOME, 298 Grafton St, Worcester, with Mass at 10:30 a.m. in St. Joseph Church- Holy Family Parish, 35 Hamilton St., Worcester. Burial will be in Worcester County Memorial Park. Calling hours at the funeral home will be Thursday, July 20, 2017 from 5:00 to 7:00 p.m. Donations may be made to Visitation House, PO Box 60115, Worcester, MA 01606. www.worcesterfuneral.com.