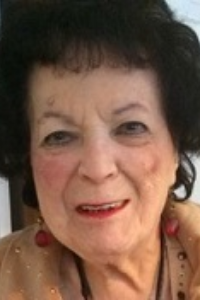 Cassianee "Ann" (Hantakas) DeLeo, 94 of Charlton, died Sunday, July 16th surrounded by her loving family. Her husband, Frederick E. DeLeo died in 1963. She is survived by her son, George S. Flamos of Cambridge; her daughter Nunciata DeLeo Sullivan of Charlton, four grandchildren, Stephanie Caramiello, Elizabeth Hopkins, Brittany Sullivan and Timothy Flamos and ten great-grandchildren, including Gino, Alexia, Faith and Alex Caramiello and Callie Hopkins. Mrs. DeLeo was predeceased by six brothers and sisters.
She was born in Springfield, the daughter of Christopher and Vlasia (Kamboreles) Hantakas. Ann had been employed for many years as a bookkeeper at the former Jimmy's Harborside Restaurant in Boston. She will be remembered as an avid Bingo player and bowler, who also enjoyed singing and dancing; but most of all as a loving mother, grandmother and great-grandmother.
Her funeral is Friday, July 21st from O'CONNOR BROTHERS FUNERAL HOME, 592 Park Avenue with her funeral service at 10:00 a.m. in St. Spyridon Greek Orthodox Cathedral, 102 Russell Street. Interment will be in Mt. Hope Cemetery in Roslindale. Calling hours are Thursday, July 20th from 5:00 until 8:00 p.m. in the funeral home. In lieu of flowers please make memorial contributions to, Central Mass Hospice, 191 Pakachoag Street, Auburn, MA 01501.