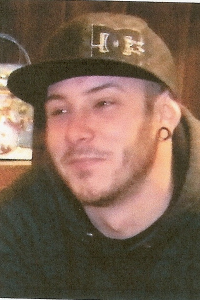 SPENCER:Christopher H. Leveillee 28 of Borkum Rd., died from the disease of addiction at Bay State medical Center in Springfield on Friday, July 14.
He leaves his parents Herve W. Jr. and Susan M. (Poirier) Leveillee, of Spencer, his brothers Robert and Bradley Leveillee of Worcester, paternal grandparents Herve W. Sr. and Marguerite E. (Forgit) Leveillee, of Leicester, maternal grandmother Elaine P. (Desautels) Poirier of Leicester, many aunts, uncles and cousins and his girlfriend Monique Benoit of Belchertown. He was predeceased by his maternal grandfather Lionel R. Poirier and his uncle Gary J. "Levco" Leveillee.

He was born in Worcester and later attended Bay Path Vocational in Charlton, where
he studied electrical and played soccer. He worked in the solar-electric field and most recently landscaping on Cape Cod. As an active member of the NA community in Falmouth, he was involved in helping others battling addiction. He enjoyed white water rafting, snowmobiling and jet skiing. He loved the outdoors, the beach, music, his cat and anything with a motor. Dirt bikes were his passion.

Chris had been struggling with addiction for some time. He fought hard and had many successes. He received help thru former Celtic, Chris Herren's foundation:
the Herren Project.

The funeral for Chris will be held on Thursday, July 20 from the J.HENRI MORIN & SON FUNERAL HOME, 23 Maple Terr., Spencer with a Mass at 10 a.m. in Our Lady of the Rosary Church, 7 Church St., Spencer. Burial will follow in Worcester County Memorial Park, Paxton. Calling hours are Wednesday, from 4 to 7 p.m.
In lieu of flowers, contributions may be in Christopher's name to TheHerrenProject.org
or mailed to The Herren Project, PO Box 131, Portsmouth, RI 02871.