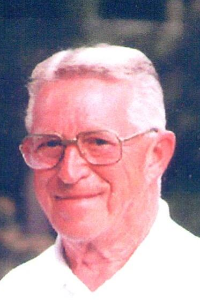 WORCESTER-Charles F. Barrett, III, 90 of Worcester passed away on Saturday, July 15 in the Odd Fellows Home.
His wife of 61 years, Jean M. (Cronin) Barrett died in 2009. He leaves a son Robert F. Barrett and his wife Diane of Worcester; a daughter, Maureen J. Morrone and her husband Paul of Delray Beach, FL; five grandchildren, Elizabeth Hill, Anthony Morrone, Patrick Barrett, James Barrett and Michael Morrone; six great grandchildren, Preston, Sebastian, Madelynne, Kaylee, Brandon and Isabella; a sister, Mary Anderson of Webster; and nephews and nieces. A brother, James Barrett predeceased him. He was born in Worcester, son of Charles and Verne (Bridgham) Barrett and graduated from Saint John’s High School. He served in the US Navy during WWII, stationed on the USS Franklin D. Roosevelt.
Charles was a draftsman for 32 years, retiring from Morgan Construction. He was a longtime member of Our Lady of the Rosary Church. Charles was known as the unofficial Mayor of Green Hill Golf Course, he loved all sports, especially his Boston teams. He enjoyed cooking, music and had a great sense of humor. Charles’s greatest love was his family and spending time with his grandchildren and great-grandchildren.

The funeral will be held on Friday, July 21 from FAY BROTHERS FUNERAL HOME, 1 West Boylston St., West Boylston, with a Mass at 11:00AM in Our Lady of the Rosary Church, 25 Fales St., Worcester. Burial will follow in St. John’s Cemetery. Visiting hours will he held the morning of the funeral from 9:30-10:30AM in the funeral home. In lieu of flowers, donations may be made in Charle’s memory to the Odd Fellows Home-Activity Fund, 104 Randolph St., Worcester, MA 01606.