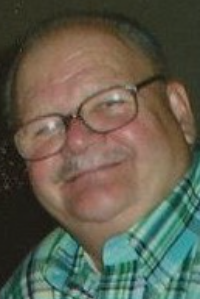 North Brookfield – Donald R. Gleason, 78, of North Brookfield and a longtime resident of Worcester, died on Friday, July 7, in Baystate Medical Center in Springfield after an illness.
Mr. Gleason is predeceased by his wife, Dorothy (George) Gleason who died in 2010. He is survived by 2 sons, John Gleason and his wife Deborah and Ronald Gleason and his wife Danielle all of Auburn; Nancy Klein and her husband Michael of Pennsylvania and Kathleen Levasseur of North Brookfield; a sister, Leslie Niblett of Oklahoma; a brother, James Gleason; 8 grandchildren; 3 great grandchildren and many nephews and nieces.
Donald was born in Holyoke, son of the late Frank J. Gleason Sr. and Ruth (Gunn) Gleason. He is also predeceased by his twin brother, Ronald Gleason and another brother, Francis Gleason. Mr. Gleason is a veteran of the United States Army and served during the Vietnam War. Don worked for over 25 years at Mayfield Plastics Company.
Mr. Gleason enjoyed watching sports especially the Bruins and Patriots, but golf and tennis were his favorite to play. Later in life Don became an avid puzzle maker and has many framed at his home.
A graveside service will be held on Tuesday, July 18 at 11AM in Worcester County Memorial Park 217 Richards Ave. Paxton. Memorial contributions may be made to a charity of the donor’s choice. Alfred Roy & Sons Funeral 12 Hammond St. Worcester is assisting the family with arrangements.
To share a memory of Mr. Gleason or to sign the online guestbook, please visit www.Royfuneral.com