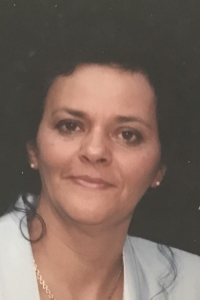 Bernetta was loved and cherished by so many people; she was Bonnie, Bon Bon, or just Bon. But of all the names she went by her most prized were Mommy, Mom, Ma, Nanny, Nan, and Nanny Bananny. These were the endearments she earned over the years as her children grew and had families of their own.

In addition to her siblings, children, grand and great grandchildren, Bernetta leaves behind many cousins, nieces, nephews, and friends. Bernetta never met a stranger, and made fast friends with neighbors who became family to her over the years. In her death, she also leaves her Ex-Husband Rainell Young of Worcester, who stayed lovingly by her side, supporting their children and grandchildren, until the end of her life.

Bernetta spent much of her time scouring the shelves of antique shops, yard sales, and flea markets accumulating a vast collection of trinkets and gadgets. When she wasn’t on the hunt for these things, you would find her on the computer playing her favorite games, or cooking and baking into the wee hours of the morning. All who visited her home could expect to be met with love and open arms, followed by an excited presentation of her latest deals and appliances. Everywhere she went and everything she did, she always had her extended family on her mind, and would often have something special she picked up waiting for them. And you had better come prepared to have a coffee, and something to eat, as she would never take no for an answer.

At Bernetta’s request, services will be held privately. In lieu of flowers, Bernetta asks that you always live your life to the fullest, and make sure you do everything that brings you happiness. Arrangments are in the care of CALLAHAN, FAY & CASWELL Funeral Home, 61 Myrtle St., Worcester.