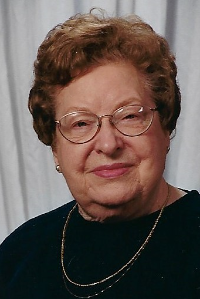 Saturnina R. “Sally” (Roszko) Harris, died on Tuesday, July 11, 2017. Her husband, Harry L. Harris died in 1987 after 34 years of marriage. She was the daughter of the late Thomas and Eleanor (Gajkowski) Roszko. She is survived by her sister, Stasia Gustowski of Framingham, MA, nieces and nephews. She was predeceased by two brothers, Raymond Roszko of Worcester and Constantine Roszko of Oxford, MA and four sisters, Eleanor (Lambert) Gallagher, Sophie Valeno, Hillary Simone and Therese Abdella. She graduated from the former Commerce High School. She worked for Riley Stoker Company and then for the law firm of Fusaro & Fusaro. She was a member of the Our Lady of Czestochowa Church and its Woman’s Guild. She was a former volunteer at Fairlawn Rehabilitation Hospital for 15 years.
The funeral will be held on Monday, July 17, 2017 from HENRY-DIRSA FUNERAL HOME, 33 Ward St., with a Mass at 10:30 A.M. in Our Lady of Czestochowa Church, 34 Ward St. Burial will follow in Notre Dame Cemetery. Calling hours in the funeral home will be Sunday, July 16, 2017 from 2:00 to 4:00 pm. Memorial donations may be made to Our Lady of Czestochowa Church, 34 Ward St., Worcester, MA 01610.