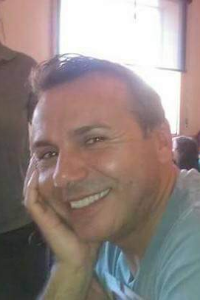 WORCESTER - Agostinho Simoes “Gus” Nunes passed away on Thursday evening, July 6, 2017. He passed away in his home in Worcester, surrounded by his loving family.

Gus was born on June 9, 1959 in Longa, a small town in Tabuaco, Portugal to Francelina Simoes and Daniel Nunes. He was the second youngest of seven children. Gus worked for the Department of Revenue for the Commonwealth of Massachusetts. He was a dedicated worker and family man. He adored his only son and grandchildren. He was also a pillar of the Gay Community. Gus had many friends and touched many lives. He loved to visit Provincetown and enjoyed going back to visit Portugal whenever he could. He also loved antiquing and had his own little space at Nouveaux Riches.

He is survived by his son, Renato Nunes and his spouse; his 3 grandchildren Ethan, Owen and Roman; his two brothers, Isaias Nunes and Jose Nunes; his 4 sisters, Fernanda Ferreira, Angelina Nunes, Rosinda Nunes, and Maria Matilde Nunes; and many nieces, nephews and God children.

He was predeceased by his mother, Francelina Simoes and his father, Daniel Nunes.

A Mass of Christian Burial will be held on Friday, July 14, at 11 a.m. at Saint Peter’s Church, 931 Main Street, Worcester. Burial plans are private. There are no visiting hours.
In lieu of flowers, please make donations to www.lustgarten.org