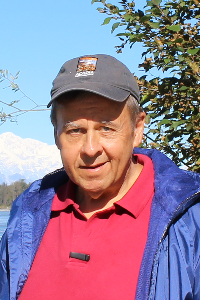 William R. Jundzil, 65, of North Bellingham died on Sunday, July 2 after suffering a
fall while working on his property. He was the beloved husband of Eileen (Finn) Jundzil. He was born in Boston, the son of Alphonse and Mary (Machook) Jundzil. The Jundzils were married for 38 years and had just recently celebrated their anniversary on June 23.
Bill was a graduate of Boston Technical High School, attended Northeastern University and graduated from Lowell Tech with a degree in mechanical engineering. He went on to receive his masters’ in engineering from UMass Amherst. Bill began his engineering career in
New London, CT at the Naval Underwater System Center. He participated in joint ventures with
the French Navy doing research off the French Riviera in Project Cormorant. Upon his marriage, he relocated working as a senior engineer for seventeen years for Northrop-Grumman in Norwood. After Northrop located out of state, he then worked for Aseco and later Affymetrix.
He leaves behind his wife, Eileen, his sister Mary Ellen Tardie and her husband Roger of Walpole and sister Jean of Brighton; best friend and brother-in-law and fellow outdoor enthusiast Brendan Finn and his wife, Danielle of Barre and step nieces Lisa Boland of NH and Chelsea Finn of Providence, RI.
Bill was a kind humble and modest individual, a true Renaissance man interested in the arts as well as more conventional endeavors like canoeing, camping, scuba diving, gardening, and football. A creative cook and gourmet shopper, he was always willing to try new dishes to please others. He was an avid old movie enthusiast and frequent theater goer and a fan of Irish entertainment. Bill and Eileen travelled extensively in their years together. He will be greatly missed forever by all who knew and loved him so dearly.
His funeral is Saturday, July 8th with a service at 12:00 PM in O'CONNOR BROTHERS FUNERAL HOME, 592 Park Avenue, Worcester. Burial will follow in St. Joseph's Cemetery, Leicester. A calling hour will be held from 10:30 AM until the time of the service. In lieu of flowers memorial contributions may be made in Bill's name to the American Red Cross, PO Box 37839, Boone, IA 50037. Bill was a frequent blood and platelet donor and had just given platelets a few days before his untimely death.