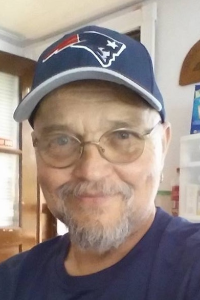 John F. Alafberg, 61, of Worcester, passed away peacefully Tuesday, July 4th at home after a long battle with renal failure. He leaves his wife of 34 years, Sandra E. (Alston) Alafberg; two sons, Anthony M. Alston of Worcester and John A. Alafberg of Los Angeles, CA; a daughter, Ashley M. Alafberg of Worcester; two grandchildren, Mahmoud Nalia and Amieyah Alston, both of Southbridge; his parents, Charles Alafberg of Worcester and Beatrice (Brown) Alafberg of Worcester. He was predeceased by his sister, Mary Harris in 2013.
He was born in Jamaica, Queens, NY, and lived here for most of his life. He attended the Berkley College of Music and Cornell University. John was a member of Covenant-St. Andrew's United Methodist Church and was a two-time president of the United Steelworkers Union, Local 2285. He worked at Wyman-Gordon Company for 35 years, retiring in 2015.
Mr. Alafberg was an exceptional drummer who formed his own band and also played with many local jazz bands; he won many competitions. He enjoyed playing darts and softball and was a 1st degree martial artist in Kempo karate. A local comedian, he enjoyed making people laugh. He was a great fan of the New England sports teams, but more than anything he enjoyed being a father and husband.
John's family would like to thank the staffs of St. Vincent Hospital Cardiac Care Unit and Renal Care Team and DaVida Dialysis for the care they provided during his illness.
Relatives and friends may visit Saturday, July 8th from 10:00 a.m. until Noon in Covenant-St. Andrew's United Methodist Church, 24 Hamilton Street. His funeral service will follow at Noon in the church. Contributions in his memory may be made to Covenant-St. Andrew's United Methodist Church, 24 Hamilton Street, Worcester, MA 01604. O'CONNOR BROTHERS FUNERAL HOME, 592 Park Avenue, is assisting with arrangements.