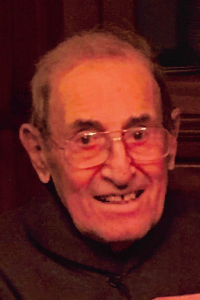 
WORCESTER-John Merzigian, 88, passed away peacefully on Thursday, June 29 at the Jewish Healthcare Center surrounded by his loving family.

John was born in Worcester, son of Hovanes and Martha (Avakian) Merzigian. He graduated from South High School, where he was a three sport Varsity Letterman excelling as quarterback and then attended Clark University. John served in the Army as a Sergeant during the Korean Conflict, stationed in Germany and played football for the Army.

John was the plant manger for Spencer Products Inc. for many years, before retiring. He was a member of the Armenian Church of Our Saviour, and served as chairman of the parish council, basketball coach, Sunday school teacher,Scout Master of Troop 48 and as a Diocesan delegate for the church. John and Jean lived many years on Cape Cod and wintered in Florida and he was an avid golfer. He was most proud of being a devoted family man.

The family would like to thank the Staff of the 4th Floor at the Jewish Healthcare Center for all their loving care and compassion.

Visiting hours will be held on Sunday, July 2 from 4:00pm until 7:00pm with a Dehngark service to take place at 6:30pm at the CALLAHAN FAY & CASWELL FUNERAL HOME, 61 Myrtle Street.. A funeral service will be held on Monday, July 3rd at 11:00am at the Armenian Church of Our Saviour, 87 Salisbury St., Worcester 01609. Burial will follow at Hope Cemetery. In lieu of flowers donations may be made to the Armenian Church of Our Saviour in his memory.