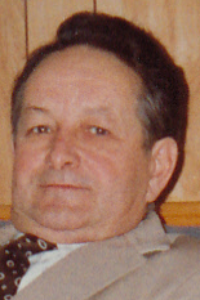 He leaves 2 sons, Mark H. Arel and his wife Angela of Swanton, VT, and Stanley T. Arel, Jr. of Deland, FL; a daughter, Marie A. Foster and her husband Steve of Mulberry, FL; 9 grandchildren; 5 great-grandchildren; 4 brothers, Theodore Arel., Jr. of Colchester, VT, Elmer Arel of Winooski, VT, Alfred Arel of Enosburgh, VT and Maurice Arel of Laconia, NH; 4 sisters, Shirley Phillips of Belmont, NH, Sandra Gallant of Sheldon, VT, Theresa Payne of Burlington, VT and Mary Jean Rollo of St. Albans, VT; nephews and nieces. He was preceded in death by his wife, Shirley A. (Allard) Arel in 2010 and by his sister, Caroline Simmons.

He was born and raised in St. Albans, VT a son of Theodore R. Arel, Sr. and Irene B. (Roberts) Arel. He moved to Massachusetts in 1951.

He was an Army National Guard veteran of the Korean War.

Mr. Arel was a self-employed painter all his life, retiring in 1998. He was a former member of the Oxford Honor Guard. He enjoyed deep sea fishing and hunting.

Services will be private. There are no calling hours. Arrangements are under the direction of Scanlon Funeral Service, 38 East Main Street, Webster.