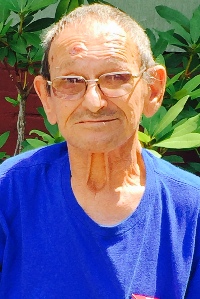 Worcester – Richard E. Dufresne, 79, of Worcester died on Friday, June 23, in St. Mary Healthcare Center after a lengthy illness.
Mr. Dufresne has been married for the past 50 years to his wife, Irene G. (Mansfield) Dufresne. He is also survived by a daughter, Alice Paolissi of Cranston, RI; a son, Richard A. Dufresne of Belleville, IL; 2 grandchildren, April Girardin and Christopher Thibaud; 3 brothers, Raymond Dufresne of Worcester, Paul Dufresne of Oxford and Gary Dufresne of Las Vegas, NV; a sister, Joan Augusto of Las Vegas, NV and many nephews and nieces.
He was born in Worcester, son of the late Everett and Irene (Cousineau) Dufresne and is also predeceased by a daughter, Donna Campbell and a brother, Robert Dufresne. Richard worked for many years as a garage door installer for Risi Door Company in Berlin. While in his retirement Richard went to work for United Tool and Die Company.
Mr. Dufresne enjoyed baseball, especially the Boston Red Sox. Richard was happiest when he was fishing and camping. His profound sense of humor will be missed by all.
The funeral will be held on Tuesday, June 27th from the Alfred Roy & Sons Funeral Home 12 Hammond St. with a Mass at 11AM in Our Lady of the Angels Church 1222 Main St. Burial will be in Notre Dame Cemetery. Calling hours are on Monday, June 26th from 6 to 8 PM in the funeral home. Memorial contributions may be made to St. Mary’s Healthcare Center “Patient Activity Fund” 39 Queen Street Worcester, MA 01610.
To share a memory of Richard, sign the guestbook, or for directions please visit www.Royfuneral.com