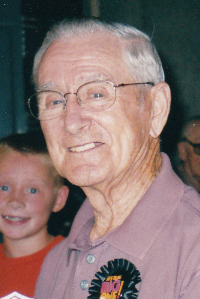 He leaves his wife of almost 70 years, Josephine S. ”Josie” (Slota) Zacek; a son-in-law, John Langenohl; 2 grandsons, Daniel and Timothy Langenohl, all of Mukwanago, WI; and several nephews and nieces. He was preceded in death by his daughter, Nancy A. Langenohl in 2015, by 3 brothers, Boleslaus Zacek, Jr., Joseph and Anthony Zacek, and by 3 sisters, Sophie Siegmund, Mary Kostka and Josephine Grabowski.

He was born in Dudley, the youngest child of Boleslaus Zacek, Sr. and Mary (Wysocki) Zacek and lived here all his life. He graduated from Bartlett High School in 1942.

He was a Navy veteran of World War II, and belonged to the Webster-Dudley American Legion Post #184.

Mr. Zacek worked in the maintenance department of Wyman Gordon in Worcester for 18 years and then for the Worcester Telegram & Gazette for 19 years. He retired in 1990.

He was a communicant of St. Andrew Bobola Church and a member of the Dudley PNA. He enjoyed fishing and looked forward to spending time with Nancy, John and his grandsons. He was affectionately known as either “Frankie” or “Ziggy.”

The funeral will be held Saturday, June 24, from the Sitkowski & Malboeuf Funeral Home, 340 School St., Webster, with a Mass at 11:00 AM in St. Andrew Bobola Church, 54 West Main Street. Burial will be in St. Joseph Garden of Peace. The Webster-Dudley Veterans Council will render the military honors. Visitation will be from 9:00 to 10:30 AM Saturday in the funeral home. Donations in his name may be made to a charity of the donor’s choice.