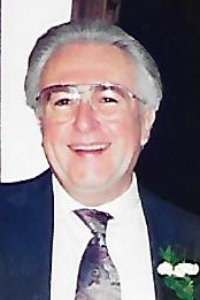 Frederick was born in Worcester, son of Laurie and Alice (Shepard) Palmer. He graduated from Commerce High School and worked at the Telegram and Gazette as a compositor for 44 years. He also worked as a part time patrolman for 18 years for the West Boylston Police Department. He was a member of the First Baptist Church in Worcester, past president of the Greendale Men's Club, and was a past Master Mason of the Boylston Masonic Lodge in West Boylston. Frederick proudly served his country in the United States Air National Guard for 20 years as a Master Sergeant.

Calling hours will be held on Wednesday, June 21, 2017 from 5-7pm at Nordgren Memorial Chapel, 300 Lincoln St., Worcester. A Funeral will be held on Thursday, June 22, 2017 at 10am in the funeral home. Burial will be at a later date. In lieu of flowers, donations may be made to the Dana-Farber Cancer Institute, 10 Brookline Place West, Floor 6, Brookline, MA 02445. For directions or to leave an online condolence message, please click on link.