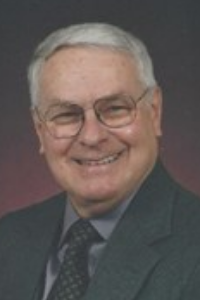 BOYLSTON___Robert J. Blais, Sr., 84, of Boylston, passed away peacefully with family by his side on Thursday June 8, 2017 in the Rose Monahan Hospice Home, Worcester. His wife of 57 years, Delores J. (Synder) Blais passed away on May 22.
Robert leaves four sons, Robert J. Blais, Jr., and his wife Lisa of Boylston; Steven M. Blais and his wife Karen of Auburn; Michael F. Blais and his wife Debra of Berlin and Paul A. Blais and his wife Laura of Knoxville, TN., a daughter, Maryann L. Tivnan and her husband William of Holden; seventeen grandchildren, five great-grandchildren, three brothers, Joseph Roland Blais of Grafton; Albert A. Blais of Harpursville, NY., and Roger D. Blais of Shreveport, LA., and many nieces and nephews. He was predeceased by a sister, Laurette Blais. Born in Rumford, Maine, Robert was the son of Joseph F.X. and Estelle M. (Beaudoin) Blais and lived in Boylston for most of his life.
Mr. Blais was a printer for 40 years. He was employed with Saltus Press for 25 years and later worked for Allmerica Financial in the printing division. He also owned and operated his own business, Blais Printing. Robert was a U.S. Army veteran of the Korean War, serving as a Corporal with the 3100 74th Engineers Co. Upon his honorable discharge, he worked for Sikorsky Aircraft, Stratford, Ct. He was a faithful member of St. Mary of the Hills Parish. Robert enjoyed walks on the beaches of Maine with his beloved wife Delores, spending time with his family, and visiting Camp Fakawi in upstate Maine with dear friends.
Calling hours are Monday June 12, 2017 from 6:00 to 8:00 PM at Dirsa – Morin Funeral Home, 298 Grafton St., Worcester. A funeral Mass will be held on Tuesday June 13, 2017 at 10:00 AM at St. Mary of the Hills Church, 630 Cross Street, Boylston. Burial will follow in Worcester County Memorial Park, Paxton. In lieu of flowers, contributions in Robert’s memory may be made to the Rose Monahan Hospice Home, c/o VNA Care Network, 120 Thomas St., Worcester, Ma 01608.