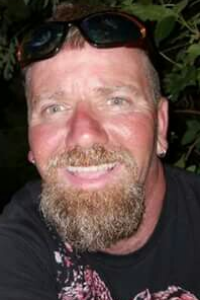 LEICESTER: Scott A. Errington, 45, died Wednesday, June 7 from injuries sustained in a motorcycle accident in Barre.
He leaves his mother and step-father Barbara (Errington) Jette and George A. Jette, Jr. of Spencer, a sister Bette Ann Martinez of Cohoes, New York, his longtime girlfriend Tina Soderman with whom he lived, two step-sisters; Kimberly Jette Conti and her husband John of Northboro and Tracy Jette Sasseville and her husband Bryan of Rutland, step-grandparents George and Jean Jette of Charlton and several nieces and nephews.
Scott was born in Worcester, son of Francis Goodney. He was a tow truck driver at Boulevard Towing in Worcester. He enjoyed fishing and was an avid motorcycle rider.
Calling hours are Friday, June 16 from 4:00-7:00 PM in J. HENRI MORIN & SON FUNERAL HOME, 23 Maple Terr., Spencer. Burial will be at the convenience of the family. A Celebration of Scott's life will be held on Sunday, July 2 from 1:00-4:00 PM at the Spencer Fish & Game, 155 Mechanic Street, Spencer. Please omit flowers. Memorial donations may be made to a charity of one's choice.