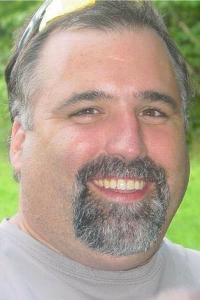 AUBURN-Richard W. Fortin, 50, of Auburn, died Tuesday, June 6, 2017 in his home surrounded by his loving family and friends from long term complications of injuries sustained from a motor vehicle accident when he was 16 years old.

Rick worked for many years at Table Talk Pies and later at Montrose CDT, Inc., retiring due to illness. He was an avid outdoorsman and loved to hunt and fish. He especially loved spending time with his kids and grandkids.

Rick is survived by his mother, Carol A. (Barnes) Fortin Duhart of Auburn, a daughter, Sherelle Carlson and her husband Craig of Auburn, step son, Stephen Smith of N. Brookfield and his girlfriend, Christine Krikorian, a brother, Scott Fortin and his wife Jennifer of Ware. He is also survived by his beautiful grandchildren, Scarlytt, Bentley, Trent and Craig, Jr., a nephew, Roman and niece Ashelyne and many aunts, uncles and cousins. Rick was predeceased by two brothers, Ronald in 2003 and Mark in 2011, his step-father, Larry Duhart and his father, Robert J. Fortin.

Visiting hours will be held on Friday, June 9th from 5-8 pm in Callahan Fay & Caswell Funeral Home, 61 Myrtle Street, Worcester. Ricks funeral will be held Saturday, June 10th from the funeral home, with a Mass at 10:00 am in North American Martyrs Church, 8 Wyoma Dr., Auburn. Burial will follow a St. John’s Cemetery.