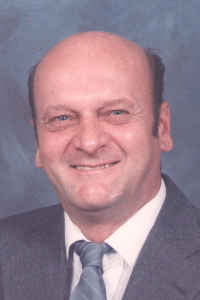 WORCESTER- Michael David Mahoney, Sr.,76 passed away peacefully in the comfort of his home on June 5, 2017. He was the 11th child born of Maurice and Victoria(Skogstedt) Mahoney on July 6, 1940.

He was raised in Worcester and graduated from the former Boys Trade in 1958. He then enlisted in the United States Marine Corps where he proudly served his country until his discharge in 1962. Shortly thereafter, Michael began working for Thompson Wire Company where he was employed for 34 years until their closing in 2003.

Michael, a strong, hardworking, proud but simple Irish man, who loved and lived for his family. The true definition of a handyman, he enjoyed the challenges of taking on various projects around his home during his retirement. He enjoyed summers at Salisbury Beach, listening to his Oldies but Goodies and you could always find him scratching his “scratchies” at various stores, but his most treasure moments were times spent with his children, grandchildren and great grandchildren.

Family and friends will honor Michael’s life by gathering for visiting hours on Thursday, June 8th from 4:00pm until 7:00pm at the CALLAHAN, FAY & CASWELL Funeral Home, 61 Myrtle St., Worcester. A Funeral Service will be held on Friday, June 9th at 10:00am in the funeral home. Burial with Military Honors will follow at Worcester County Memorial Park, Paxton. The family suggests that memorial donations in his memory be made to the American Diabetes Association, 260 Cochituate Rd #200, Framingham, MA 01701.