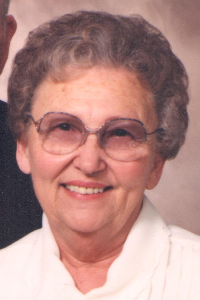 Her husband of 60 years, Fred J. Moynahan passed away in 2014. She leaves a son, Michael J. and his wife, Margaret R. (Bradshaw) Moynahan of West Boylston; two grandchildren, David M. Moynahan and his fiancee, Megan E. Doyle and Meaghan C. Moynahan and her fiance, Erik S. Nikonchuk; a sister, Laverne Wagner of Hermann, MO and nieces and nephews. Two brothers, Quinten and Kermit Lenger predeceased her. She was born in McKittrick, MO daughter of Theodore and Edith (Bornmann) Lenger and graduated from Hermann High School and received an associate degree from Brown Mackie College in St. Louis, Missouri.

Eileen was the secretary to the vice president of General American Life Insurance Company, while living in St. Louis, prior to that she worked in Washington D.C. She was a member of the First Congregational Church of Grafton, Massachusetts. Eileen enjoyed playing golf and bridge in her younger years.

Visiting Hours will be held Sunday, June 11 from 1:00 to 3:00 PM at FAY BROTHERS Funeral Home, 1 West Boylston Street. A Funeral Service and Burial will be held in Missouri at a later date. In lieu of flowers, memorial donations may be made to the West Boylston Fire and Ambulance Fund, 39 Worcester Street, West Boylston, 01583.