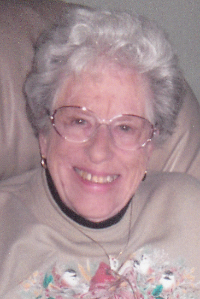 She was born in Fort Pierce, FL, the daughter of Joseph and Henrietta (Noiseux) Gelineau and resided in Webster since 1928. She then lived in Sturbridge for 7 years, returning to Webster’s Christopher Heights in 2014. She graduated from Bartlett High School in 1941.

Mrs. Jalbert worked as a floral designer for over 30 years at the former St. George’s Flower & Gift Shop in Dudley. She also was employed as an accounts payable clerk at the American Optical Company in Southbridge for many years before she retired.

She was a communicant of Sacred Heart of Jesus Church and sang in the church choir. She belonged to the Ladies of Saint Anne. She was an accomplished artist, producing many charcoal and oil paintings. She also enjoyed traveling with her friends and family. They spent many summers at Wellfleet on Cape Cod. Her favorite activity was devoting time her family, particularly the grandchildren.

The family would like to thank Dr. Seidler and his staff, Harrington Hospital’s 2nd floor staff, the nurses and aides at both Webster Manor and Overlook Hospice for the compassion and kindness Loretta received during her illness.

A graveside service will be held on 11:00 AM on Tuesday, June 13, at in Sacred Heart Cemetery, Old Worcester Road,Webster. There are no calling hours. Donations in her name may be made to Overlook Hospice, 88 Masonic Hill Road, Charlton, MA 01507. Arrangements are under the direction of Sitkowski & Malboeuf Funeral Home, 340 School St., Webster.