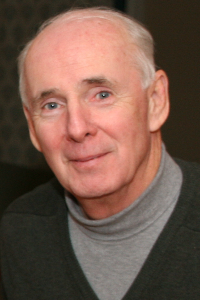 He was born in Worcester, son of the late John J. Doherty Sr. from Killarney, County Kerry Ireland and Rose Doherty (Reen) of Concord, NH. Jack was raised in Worcester and graduated from South High School in 1962. From there Mr. Doherty studied at Wentworth Institute of Technology where he graduated with an Associate’s Degree in Electrical Engineering. Later, he attended Clark University where he attained his BA in Business Management. Jack also lived in Auburn for 20 years where he was a town meeting member and most recently resided in Charlton.

Jack worked for many years at New England Telephone, NYNEX and Verizon as an Engineer, Account Executive and Public Relations Manager until his retirement in 1993. He served his country proudly as a member of the National Guard. Jack enjoyed vacationing with family in Aruba, Lake Winnipesaukee and Maine. Special moments were spent watching his grandchildren play sports. He enjoyed bike riding, boating, snorkeling and walks along the beach with his wife.

To say that Jack was passionate about hockey is an understatement. He coached ice hockey for many years at Worcester Pee Wee Youth Hockey, Midstate Youth Hockey and Assisted at the College of the Holy Cross. Jack was a member of NIHOA (National Ice Hockey Officials Association) Central MA Chapter since 1973 where he served as an on-ice official at the high school and collegiate levels, and served as the National NIHOA Secretary-Treasurer for 21 years. Mr. Doherty was also an MIAA Ice Hockey Committee Member where he served as Secretary. He also served as the ECAC and NESCAC DIII Women’s Ice Hockey Supervisor of Officials and a member of the NCAA and Federation Ice Hockey Rules Committees.

Mr. Doherty was a long-time parishioner at St. Peter’s Church in Worcester where he was a lector, Eucharistic minister and also taught religious education. He was an Honorary Life Member 4th Degree of the Knights of Columbus and a member of the Ancient Order of Hibernians. Jack also served on the Board of Directors and as Treasurer at AllCom Credit Union.

He is survived by his beloved wife of 50 years, Eleanor “Ellie” (Reynolds) Doherty; two sons, Joseph and his wife Charlene (Derby) and their children Christina and Colin; David and his wife Barbara (Vissas) and children Kalliope and Demetre; many cousins and extended family members.

Visiting hours will be held on Thursday, June 1st from 4:00pm until 7:00pm in the CALLAHAN, FAY AND CASWELL Funeral Home, 61 Myrtle St., Worcester. A funeral Mass will be celebrated on Friday, June 2 at 10:00am at Our Lady of the Angels Church, 1222 Main St., Worcester. Burial will follow at St. Johns Cemetery