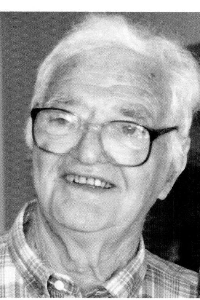 Saco, Maine - David Bergin Johnston, 89, died May 24, 2017 at Seal Rock Healthcare in Saco, Maine, after a period of declining health.

He leaves his loving wife of more than 66 years, Lorraine (Dufault) Johnston; his daughters Joan O'Neil and her husband Jim of Holden, Massachusetts, Pedora Zachary of Delray Beach, Florida, and Sally Cipolla and her husband Joseph of Richmond, Virginia; his sons David and his wife Anita of Gorham, Maine, and James and his wife Marcie of Worcester, Massachusetts; fourteen grandchildren and seven great-grandchildren. He was predeceased by his infant son Daniel and by his daughter Karen Johnson, who is survived by her husband Phil.

Born in 1927 and raised in Worcester, he was the son of William Johnston and Emma (Schlegel) Johnston. He lived in the family home or in his new home built in the backyard for all of his 89 years. His four sisters and three brothers preceded him in death.

After graduating from St. Stephen's High School in 1945, he enlisted in the United States Navy and served along with his three brothers as WWII came to an end. He later served during the Korean Conflict. He worked as a firefighter for the City of Worcester, following his father's foot steps, while continuing his education and graduating from Clark University to become a school teacher. He taught in Worcester City Schools for twenty seven years, retiring as an Assistant Principal at Roosevelt School on Grafton Street.

He golfed, fished, collected driftwood, dug clams, and made friends at Camp Ellis Beach in Saco, Maine, where he owned a vacation home that he and his family enjoyed for more than 50 years. He never passed by a yard sale without stopping to find a bargain. He bicycled all over coastal southern Maine.

He was an avid gardener, raising vegetables and flowers for his family and friends. His gardens were admired by all who walked by them. He would reward that admiration with a gift of a tomato or a cucumber or a geranium. He was an outgoing individual, enjoying life to its fullest measure.

David's family thanks the staff at Seal Rock Healthcare and Beacon Hospice for the extraordinary compassion and comfort they provided to him and his family.

Visiting hours will be held from 9:00 until 10:30 at Callahan Fay & Caswell Funeral Home, 61 Myrtle Street in Worcester on Thursday, June 1st, with a Funeral Mass at St. Stephen's Church, 357 Grafton Street, at 11:00. Burial will follow at St. John's Cemetery.