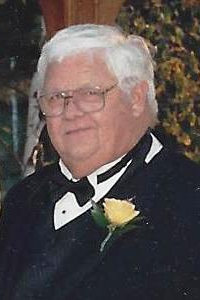 Dennis R. Wilder, Sr., 74, of Worcester, died Saturday May 20, 2017 in St. Vincent Hospital, 123 Summer St. His wife of 50 years, Sandra G. (Keith) Wilder died on June 24, 2014.
He leaves two sons, Dennis R. Wilder, Jr., of Worcester; Derek Wilder and his wife Karen of Leicester; a daughter, Dendra Wilder and her companion Randy of Worcester; five grandchildren, Amber, Autumn, Billy, Victoria and Nathan and nieces and nephews. He was born in Worcester, a son of Harold and Mary (Volk) Wilder and has lived here all of his life.
Mr. Wilder was a truck driver for many years for Consolidated Freightways and retired several years ago. He was a member of Teamsters Local 170. Dennis was involved in many activities. He enjoyed coaching baseball and running BMX racing, going to and helping out at Westboro Speedway. He also ran car shows on Grove Street in Worcester and liked to go snowmobile riding and take trips to the casino. Most of all he loved being with family, his wife, children and grandchildren.
His funeral will be held on Friday, May26, 2017 at 12:00 PM in HENRY-DIRSA FUNERAL HOME, 33 Ward St. Burial will follow in Worcester County Memorial Park, Paxton. Calling hours are Thursday, May 25, 2017 from 6:00 to 8:00 PM in the funeral home.