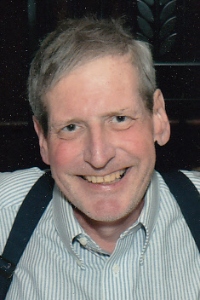 He leaves his dearly loved wife of 36 years, Laurie A. (Parmentier) Heflin; 2 daughters, Dr. Katie E. Oakley and her husband Clint of Wellington, New Zealand, and Allison J. Heflin of Brookline; a son, Air Force Senior Airman Christopher D. Heflin of Charleston, SC; his mother, Alberta (Colby) Hett of Whiting, NJ; a brother, Bob Heflin and his wife Donn of Juneau, AK; a sister, Bonnie Pierce and her husband Rich of Stroudsburg, PA; his in-laws, Joan Cregg and her husband Mike, and Carol Parmentier, all of Dudley; and many nieces and nephews.

He was born in Orange, NJ and raised in Glen Ridge, NJ, the son of the late Edward Heflin. Bill attended Thomas College in Waterville, ME where he met Laurie and made lifelong friends in his Omega Sigma Beta fraternity brothers.

After graduating with a Bachelor of Science degree in 1980, Bill spent the first 25 years of his career in the accounting field, first working in Westboro and then serving as the CFO of M.P. Electronics in Framingham. In 2006, Bill changed course and fulfilled his lifelong dream of opening a sandwich shop; he was the proud owner and operator of the Subway restaurants on Webster Main St. and in the Oxford and Sturbridge Walmarts for 10 years. Bill cared deeply about his employees and customers and created a jovial atmosphere behind the counter, even memorizing his regulars’ orders.

Bill was an attentive and loving father who was very involved in his children’s lives and in the local community. An Eagle Scout himself, he was the cubmaster for the St. Louis cub scout troop for several years. He served on the Webster Finance Board for one term and was once a member of the Dudley Lions Club, receiving the “Lion of the Year” award from his fellow Lions. Bill was a faithful parishioner of St. Louis Church in Webster where he served as a Eucharistic minister and devoted countless hours working at the church’s annual festival.

Bill enjoyed all types of travel from camping to cruising as long as it allowed him quality time with his family and friends. He relished getting together to play cards and was well known for his over-the-top celebration of his favorite holiday, Thanksgiving. Bill will be missed for his wit, easy banter, and ability to find humor and laughter in the everyday. His good-natured teasing made everyone around him feel welcome and loved.
The family would like to thank the caring staff at the Cancer Center, especially Gerry Silva and Dr. Seidler.

The funeral will be held Friday, May 26, from Scanlon Funeral Service, 38 East Main St., Webster, with a Mass at 11:00 in Saint Louis Church, 14 Lake St., Webster. Visitation will be from 5-8pm Thursday, May 25, in the funeral home. Donations in his name may be made to Harrington Hospital - Cancer Center, 100 South St., Southbridge, MA 01550 (harringtonhospital.org/support-harrington).