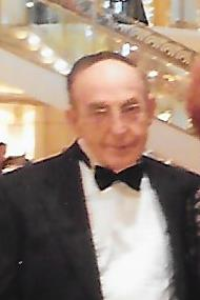 Walter Scott was a 20 plus year military veteran. He served in three branches of the military, Navy Army, and the United States Air Force. Walter was sent to Arabia, Japan, and was in the Korean conflict. Also, state side like Alaska, San Francisco, Texas, and Massachusetts etc. Being in the Strategic Air Command of the Air Force he was sent on top secret missions across the globe. Walter also had the privilege of serving at Andrew Air Force Base (Presidential Wing) in Washington, D.C.

After retiring from the United States Air Force he worked as a Purchasing Agent for the ITT in Natick, MA. He also worked for a number of years for State Mutual Insurance Co. which is now Hanover Insurance.

Walter enjoyed supporting his wife Joan in her singing career. Loved classical music, plays, and traveled extensively with Joan. Walter loved to read especially information on archeology. He especially loved his church, Holy Trinity Anglican Church in Marlborough, MA where he served as an usher and did many behind the scenes activities.

Donations may be given to Holy Trinity Anglican Church in Walter Scott Balks name.