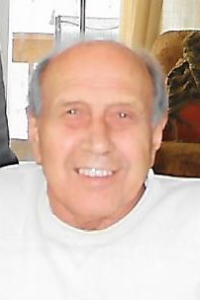 Worcester/ Oxford: Francis A. "Chuck" Girardi, 82, a former resident of Oxford, Massachusetts, passed away on Thursday, May 18, 2017 at Odd Fellow Home. He leaves his wife of 62 years, Marilynn L. (Carlson) Girardi; three sons Steven and his wife Joy Girardi of FL, Gary Girardi and Norma Medway of Worcester, Craig and his wife Patricia Girardi of Webster; a daughter- Nicole Campanaro of FL; 10 grandchildren; 6 great- grandchildren; a brother- Leonard Girardi of Auburn; and many nieces and nephews. He was predeceased by siblings - Agnes Marley, Rose Girouard, Phyllis Schlegel, Matteo Girardi, and Ronald Girardi.

Chuck was born in Worcester, son of the late Matteo and Rose (Tritone) Girardi. He proudly served his country in the United States Navy during the Korean Conflict. He worked for many years as a brick mason and was co-owner of G & G Masonry with his brother, building many structures around Worcester County. He was a former member of the VFW in Oxford, enjoyed gardening and spending time with family.

According to his wishes, there are no calling hours or funeral. In lieu of flowers, donations in Chuck's memory may be made to Veterans Inc. 69 Grove St. Worcester. To leave an online condolence message, please click link.