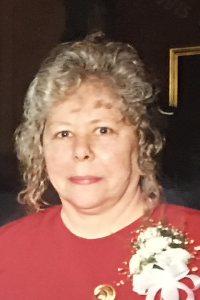 Judith L. (DesRosiers) Zellmer, 77, of Worcester died Tuesday, May 16th in the Knollwood Nursing Center. Her husband of 45 years, Richard M. Zellmer died in 2013. She leaves three sons, Richard M. Zellmer and his wife, Michelle of Worcester, Stephen A. Zellmer and his wife, Kim of Worcester and Kevin J. Zellmer of Seattle, WA; a sister, Joan Unfred of College Station, TX; a sister in law, Anna DesRosiers of Worcester; seven grandchildren, Casandra, Alex, Richard, Kiana, Kalia, Charlie and Joe; and many nieces and nephews. She was predeceased by her brother, Gerald DesRosiers; a sister, Carol Clark and her aunt Dorothy Barbato who raised her.
She was born in Worcester the daughter of Frederic and Daisy (Parker) DesRosiers. Judith was a member of St. John’s Church. She was a volunteer for over 30 years with youth sports and most recently with East Side Babe Ruth until 2013. Mrs. Zellmer treasured spending her time with her husband, Richard playing cards and bowling. She also an avid bingo player and an Elvis fan. Judith cherished the time she spent with her grandchildren.
Her funeral is Wednesday, May 24th from O’CONNOR BROTHERS FUNERAL HOME, 592 Park Avenue with a Mass at 10:00 AM in St. John’s Church, 40 Temple Street. Burial will follow in Notre Dame Cemetery. Calling hours are Tuesday, May 23rd from 5:00 until 7:00 PM in the funeral home. Flowers may be sent or memorial contributions in Judith’s memory may be made to East Side Babe Ruth, 13 Egan Avenue, Worcester, MA 01604.