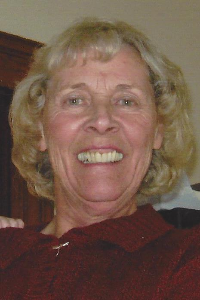 Ruth A. Izbicki, 82, of Worcester died May 10, 2017. She leaves her husband of sixty-years, Richard W. Izbicki; three sons, Richard S. of Worcester, Thomas W. of Webster and Michael R. of Charlton; sister, Sally Miczek of Spencer; sister-in-law, Dorothy Ferguson; five grandchildren; one step grand-daughter and five great grandchildren. She was raised in Spencer by her sister Sally; graduated from David Prouty High School and Worcester City Hospital School of Nursing where she worked as a nursing supervisor until its closing. She was the daughter of William and Catherine (Jurgus) Zukas.
The funeral was held on Monday, May 15, 2017 from Henry-Dirsa Funeral Home, 33 Ward St. with a Mass at 10:30 am in Our Lady of Czestochowa Church, 34 Ward St. Burial followed in Worcester County Memorial Park, Paxton, MA. Calling hours in the funeral home were on Sunday, May 14, 2017, from 4:00 to 6:00 pm.