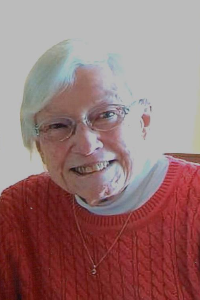 LANCASTER- Joyce Reed Richardson, 88, passed away peacefully on May 1, 2017 in her residence surrounded by her beloved husband, son Jim and daughter in-law Jane.

Her accomplishments as a mother, volunteer and business professional were only surpassed by her unwavering love and devotion to her husband of 65 years.

Joyce was born in Boston, Massachusetts on April 5, 1929 the daughter of the late Alden and Florence (Morse) Reed.

Joyce grew up in Worcester attended The Bancroft School and went on to Wheelock College graduating in 1951 with a degree in Education. Upon graduation, she taught first grade in the Arlington Public School system until she met and married her husband Daniel in 1952.

Joyce followed her husband’s career path to Oklahoma City Oklahoma. While in Oklahoma City Joyce balance her time between being a homemaker a volunteer and a member of the Junior League.

Joyce and Daniel moved back to Worcester and raised their two children. When Joyce’s children were grown, she worked alongside her husband as the Treasurer of her family’s business, Reed and Prince in Worcester which was founded by her grandfather in 1886.

Joyce was a member of the Junior League of Worcester Inc., the Hall Club, The Merry Weeders, Worcester Art Museum, Sturbridge Village and the North Atlantic Salmon Federation.

Joyce was a great outdoors person.

In the decades of the 60’s and 70’s she and her husband and their hunting dogs spent their falls hunting upland game on Cape Cod.

Joyce was also an avid freshwater fly fisherman. In the late 70’s, for 21 years Joyce and her husband spent their summers and early falls angling for the Atlantic Salmon at their fishing camp on the Miramichi River in New Brunswick Canada.