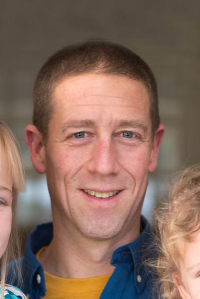 Matthew D. Marconi was born in Worcester, Massachusetts on April 17th, 1966 to Peter Sr and Sally Marconi. Matt unexpectedly passed away on March 12th, 2017 at his home in University Place, Washington.
He is survived by his adoring daughters, Alyssa and Jillian; brother, Peter “Skip” Marconi and his wife, Gail; sister, Shari Oliver and her husband, Michael; nephews, Nick and Evan Marconi; nieces, Emily and Madison Oliver; Aunt and Uncle Judy and Bart Hardwick; extended family and dear friends.
Matt attended Our Lady of the Angels school, graduated from St. Peter–Marian High school, then immediately enrolled into the army at the age of 18 in 1985 including spending one year in Korea before transferring to Fort Lewis, Washington. Matt left active duty in 1991 but joined the Army Reserves until retirement in 2006. One of the reasons Matt was excited to settle in the Seattle area was due to one of his favorite bands Queensryche being from Seattle.
Matt began his professional career at MultiCare Health System in 1991 as a Help Desk Analyst in Information Technology. Matt worked himself up to User Support than to Technical Support. He was very hardworking, dedicated, and passionate about helping others in his role at MultiCare. Matt just celebrated his 25th anniversary at MultiCare where he was honored for his years of service in the fall of 2016. He was well respected and loved by all who worked with him. He had a true talent of explaining complicated subject matter in easy to understand terms which truly benefited his customers.
Matt’s greatest loves were his daughters, his family, the New England area, music, cooking, and sports (especially his teams). Matt ensured his daughters were able to experience his childhood memories by taking them to Hampton Beach, especially the Seashell stage. He loved to spend every free moment he had with Alyssa and Jillian, always surprising them with new adventures! Just before his passing, he surprised them with a trip to Great Wolf Lodge! He was a huge New England Patriots and Red Sox fan, attending many games with his daughters to encourage their love for his sport teams. He was ecstatic by the all-time greatest comeback of the Patriots at the Super Bowl this year.
One of his most treasured memories was taking Alyssa to her first Iron Maiden concert in 2016. He absolutely loved sharing his love for them with her! Matt had a passion for rock music and just felt it in his soul! He would turn it up and dance around the house with the girls! A few of his favorites were Iron Maiden, Judas Priest, Savatage, Queensryche, and Dream Theater. Matt also loved to cook, especially fresh swordfish, but it had to be fresh! Matt leaves behind a legacy of hard work, integrity and service. Matt will be missed by so many, but truly Alyssa and Jillian will be missing him every minute of the day. They adored their Daddy and are so thankful for all the time they spent with him.
A Memorial Mass to celebrate Matt’s life will be held on Saturday, May 13th at 11AM in his childhood church of Our Lady of the Angels Church 1222 Main St. Worcester. Alfred Roy & Sons Funeral Home 12 Hammond St. Worcester is assisting the family with arrangements.
To share a memory of Matt or to sign the online guestbook, please visit www.Royfuneral.com