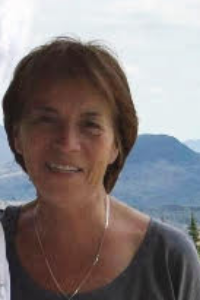 Oxford- Madeleine C. Dudley, 65, passed away peacefully on Sunday, April 9, 2017 at the Rose Monahan Hospice House in Worcester, surrounded by her loving family, after a courageous battle with cancer. She is survived by her loving husband of 44 years Daniel Dudley, two daughters; Miranda Peloquin and her husband Mathieu of Charlton and Rebecca Dudley of Oxford, a step son; Sean Paul and his wife Norma of Burbank, Calif., two grandchildren; Raegan and Jameson Peloquin of Charlton, a sister; Martha Brunelle and her husband Fred of Spencer, three brothers; David Mahaney and wife Gerry of Naples, FL, Joseph Mahaney and fiancée Celeste Lamoureux of Charlton , and John Mahaney and his wife Jeri of Spencer, a sister-in-law; Dorothy Dudley of Leicester, brother-in-laws; David Dudley and wife Beth of Ocean Point, ME, and Dean Dudley and his wife Rhonda of Oxford, as well as many nieces and nephews. She was predeceased by her sister in law Michelle Mahaney.

Born in Leicester, daughter of the late Frank and Constance Mahaney. Madeleine was born and raised in Leicester and graduated from Leicester High School in 1969, and Becker Junior College in 1971. She began her career at WPI as an Admin. Assistant in the Computer Science Dept. She then moved on to be a Program Coordinator for the French River Edu. Ctr. in Oxford for 35 years. Many area teachers know Maddy well. They depended upon her to facilitate their post-grad education and certification process. She was an integral part of that organization and loved every minute of it.

Maddy married her childhood sweetheart, Dan Dudley in 1973. They lived in Spencer for a while before buying their home in N. Oxford, where they have resided for many years and where she gave birth and raised her two lovely daughters, Miranda and Rebecca. She loved her house, and was constantly awestruck by the grandeur of the natural world right out her back door. The simplicity and beauty of nature inspired her, and formed the basis of her spirituality. She was a loving wife, mother, grandmother, daughter, sister, and a friend too many. Maddy loved to travel, and would always encourage her daughters to see the world and experience the different cultures. We will think of her often and miss her every day for the rest of our lives.

A Memorial Mass will be held Monday, April 17 at 11:00 AM in St. Pius X Church, 1153 Main Street, Leicester. Burial will be at the convenience of the family. There are no calling hours. MORIN FUNERAL HOME, 1131 Main Street, Leicester is directing funeral arrangements. In lieu of flowers, memorial contributions may be made to the St. Jude’s Children’s Research Hospital, 501 St. Jude Pl., Memphis, TN 38105.