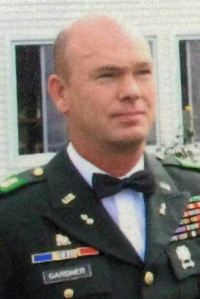 He was born in Framingham on September 25, 1961, a son of Roscoe and Charlotte (Gassett) Gardner. He was a graduate of Algonquin High School in Northborough and attended Mass Bay Community College.

Chief Gardner was a member of the Army National Guard Reserves having been activated for 5 different tours of duty. He served in Operation Desert Storm, Operation Enduring Freedom and had been sent twice to Iraq and finally to Afghanistan. He also aided in New Orleans after hurricane Katrina and was called in after 911.

His first and enduring passion was the Army. He had a strong call to serve his country and help in times of trouble. He was a mechanic and enjoyed fishing with his daughter, Samantha and white water rafting with his son, Timothy.