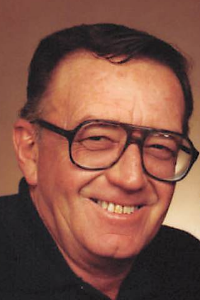 John D. “Doug” Deshaies, 84, of Auburn died on Sunday, April 2nd in UMASS Memorial Medical Center – University Campus. He leaves his wife of 59 years, Rosemarie (Valerio) Deshaies; three sons, John D. Deshaies and his wife, Christina of Auburn, Steven Deshaies and Jeffrey P. Deshaies and his wife, Brenda all of Southbridge; a granddaughter, Maura Rose Deshaies and several nieces and nephews. He was predeceased by a sister, Claire DeCoff.
He was born in Worcester, the son of Edmond and Ora (Nattinville) Deshaies and graduated from Boys Trade School. He was a roofer and an accomplish mason for 51 years, retiring in 2002. He was a veteran of the United States Navy serving during the Korean War. As a young man, he enjoyed spending his time hang gliding. Doug was an avid hunter and fisherman and enjoyed playing racquetball and handball. Mr. Deshaies was a former member of Singletary Rod and Gun Club. He was looked up to by many and was a mentor to many of his son’s friends. Doug was a generous man who would give the shirt off his back to anyone who needed it and was loved by all that he met.
His funeral is Friday, April 7th with a service at 11:00 AM in O’CONNOR BROTHERS FUNERAL HOME, 592 Park Avenue, Worcester. Burial will follow in Notre Dame Cemetery. A calling hour will be held from 10:00 AM until the start of the service. In lieu of flowers memorial contributions may be made to the American Lung Association of the Northeast, 1661 Worcester Road #301, Framingham, MA 01701.