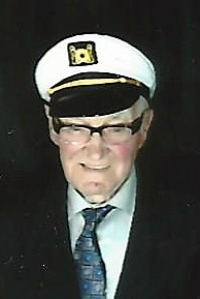 Edward Swieszkowski, 83, of Oxford, died Thursday, March 30, 2017 in Hubbard Hospital, Webster. His wife Genowefa (Goclowski) Swieszkowski died in 2014. He is survived by his niece Grazyna Doroz and her husband Christopher with whom he lived; daughter Anna Sobiech and her husband Roman of Beaufort, SC; son Andrew Swieszkowski and his wife Cathy of Ware, NH; grandchildren, Rachel Morse and Nathan Sobiech, both of Worcester; sisters, Janina Cwalinska of Rutland, Halina Niedwiecki of Old Orchard, ME and Zofia Sobocinski of North Oxford, MA; three great grandchildren and many nieces and nephews. He was predeceased by a brother Jan Swieszkowski. He was born in Borawske, Poland a son of Francziszek and anna (Staniurska) Swieszkowski.
Mr. Swieszkowski immigrated to the United States in 1960. He worked maintenance at Saint Gobain Company for many years prior to retirement. He was a member of Our Lady of Czestochowa Church. He served in the Polish Army. He was instrumental in assisting other family members to immigrate to the US through sponsorship and support. Known for his “tinkering” and fixing, Edward also enjoyed fishing and mushrooming.
The funeral will be held on Tuesday, April 4, 2017 from HENRY-DIRSA FUNERAL HOME, 33 Ward St., with a Mass at 11:00 a.m., in Our Lady of Czestochowa Church, 34 Ward Street. Burial will be in Notre Dame Cemetery. Calling hours in the funeral home will be Monday, April 3, 2017from 6:00 p.m. to 8:00 p.m. www.worcesterfuneral.com