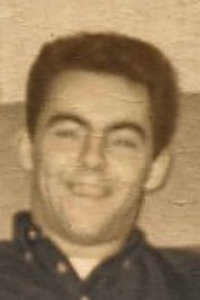 Francis J. "DeeDee" Savasta, Jr., 75, of Charlton died Tuesday, March 28th at home surrounded by his loving family. He is survived by his wife of 50 years, Aline R. (Setaro) Savasta; three daughters, Gina M. Savasta and her fiancee, Eric Brunelle of Charlton, Debra A. Merriam and her husband, David of Shrewsbury and Flora L. Pacek of Rutland; his son, Robert R. Anderson of Sturbridge; two brothers, Thomas R. Savasta and his wife, Carolyn of Paxton and John A. Savasta and his wife, Christine of Worcester; two sisters, Frances M. Lynch and her husband, Carlin of Westport and Ann Marie Savasta and her husband, Robert Jordan of Orleans; five grandchildren, Britni Riopel, Jeffrey Anderson, Benjamin Pacek and Owen and Zachary Merriam and many nephews and nieces. His sister Marguerite Butler predeceased him. He also leaves his beloved Beagle, Puddy.
He was born in Worcester, the son of Francis J. and Alice V. (O'Connell) Savasta and had lived in Charlton for many years. DeeDee was a graduate of the former High School of Commerce and had been a member of St. Joseph's Parish in Charlton. He was an avid outdoors-man and loved hunting, fishing and boating. He will be remembered as a loving husband, father, grandfather and friend who will be missed by all who knew him.
At DeeDee's request all services will be private. O'CONNOR BROTHERS FUNERAL HOME, 592 Park Avenue, Worcester is assisting the family with arrangements.