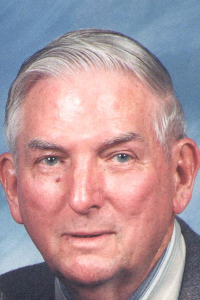 He was predeceased by his sisters Sylvia Blatt and Dora LaPerle. He is survived by a brother, Phillip Metcalf of East Templeton, MA, and a sister, Barbara Sanford of Troy, NY; many nieces and nephews.

Guy was born in Marlboro, MA, son of Beatrice (Sieswerda) Metcalf and John W. Metcalf. He spent his youth in the Worcester area and was graduated from Worcester’s High School of Commercare in 1942. He enlisted in the U.S. Navy in September, 1942 during World War II and served until March, 1946. During that service, he achieved the rank of Second Class Aviation Radio and Radar Operator serving in that capacity aboard U.S. Navy Blimps in the Atlantic Coastal areas from Maine to Brazil to monitor the shipping lanes and convoys for enemy submarine activity. In April, 1944, he was assigned to the Navy V-12 Program for further education and training at Massachusetts Institute of Technology in Boston, MA to achieve advancement to a commissioned officer’s rank in the Navy. When the war in Europe ended in 1946, the Navy ended the V-12 program and offered, through a point system based on length of service, the option for discharge.

Following his Naval service, he completed his engineering education at Worcester Polytechnic Institute and received a Bachelor of Science degree in Electrical Engineering in 1949 and later, through their evening graduate program, a Master of Science Degree in 1962. His employment career began with Norton Company’s Machine Tool Division in 1950 and ended with that same division in 1989, but the Division went through several ownership's during those 39 years and he ended his career as Director of Engineering when it was the Grinding Machine Division of Pratt & Whitney Machine Company.

Guy and Josephine were active members of United Congregational Church in Worcester for more than 50 years. He served on many of its Boards and Committees over those years and most recently as Assistant to the Treasure.

The family would like to thank all of the caregivers that came into contact with Guy during his recent hospitalization at UMass Memorial Medical Center, University Campus. Especially the staff of 3 West and the Palliative Care Team for their kind and compassionate care of Guy and his family.

A Funeral Service will be held Friday, March 31 at 11AM in Fay Brothers Funeral Home, 1 West Boylston St. Burial will be private in Mount Vernon Cemetery. Visiting Hours are Thursday, March 30 from 4 to 7PM at the funeral home. The family suggests that flowers be omitted and that donations be made to the United Congregational Church’s Deacons’ Fund, 6 Institute Rd., Worcester, 01609.