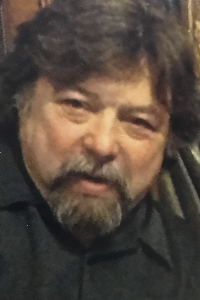 Charles A. “Chuck” Gelardi Jr., 68, passed away unexpectedly on March 18, 2017 at UMass Memorial Hospital, Worcester. Chuck was born in Worcester, only son of Charles A. and Eva (Burbo) Gelardi. He graduated from Worcester Boys Trade in the field of Pluming. He was a shop teacher at DYS in Worcester for many years and more recently worked for the Social Security Disabilities retiring in 2015.

Chuck enjoyed many things including golfing, reading, anything Sci-Fi, all comedy, Boston sports, and photography. He had several of his photographs displayed at public showing including the “Book Lovers Gourmet” in Webster. Growing up he enjoyed playing the drums. His rendition of “Wipeout” was awesome. As a teenager he formed the band “The Silencers” and had many “gigs” in places such as the “The Comic Strip” and “Sir Morgan’s Cove” here in Worcester and entering the “Battle of the Bands”.

Chuck loved the ocean, he would vacation at Manomet, with his wife and best friend, for many years. Most importantly he loved his friends and adored his family, especially his granddaughter, Margo and his nieces, Gina, Christine and Julianne. He was a jokester and had a wicked sarcastic wit. He will be terribly missed by us all.

Chuck is survived by his wife Jo-Ann (Rochette) Gelardi; his father, Charles A. Gelardi Sr.; his granddaughter Margo P. Gelardi all of Worcester; his sister, Marcia A. D’Eramo and her husband Frank of Webster; his nieces, Gina D’Eramo of Worcester, Christine D’Eramo and her fiance Paul Hassett of Spencer and Julianne (D’Eramo) Magee and her husband Brian of Waltham along with many other nieces, nephews and cousins. He is predeceased by his mother Eva Gelardi and his son, Shenan A. Gelardi.

Visiting hours will be held on Sunday, March 26, 2017 from 2:00pm until 4:00pm with a prayer service to begin after at CALLAHAN FAY & CASWELL Funeral Home, 61 Myrtle St., Worcester. The family respectfully asks that flowers be omitted.